The project involved a saturated landfill in Vinca (suburb in Belgrade) and covered an area of 40 hectares near the Danube River. It involved the closure and subsequent remediation of the existing landfill and the construction of a new sanitary landfill, a plant for processing construction and demolition waste, a plant for leachate treatment, a landfill gas-to-energy facility, and a 103 MW waste-to-energy plant using municipal waste.

The landfill receives 90% of Belgrade’s waste. However, it did not meet EU standards. The landfill was impacting air quality in Belgrade and surrounding areas, frequently catching alight and polluting groundwaters and nearby agricultural areas before discharging untreated water to the Danube (1).

As noted by the IFC, this was the first time a large-scale environmental infrastructure PPP project had been undertaken in the region.

Using a competitive dialogue with five pre-qualified bidders, the City of Belgrade - with the support of IFC acting as a PPP advisor - could offer a bankable DBFO contract bundling the remediation of the landfill (including the management of legacy pollution) with the development of revenue-generating greenfield assets.

The total funding received was USD350 million. Non-recourse loans were provided to BCE from the IFC, OeEB, and EBRD.

The IFC contribution included an A loan of USD84 million, a B loan of USD41 million, and a concessional loan of USD24 million from the Canada-IFC Blended Climate Finance Program. 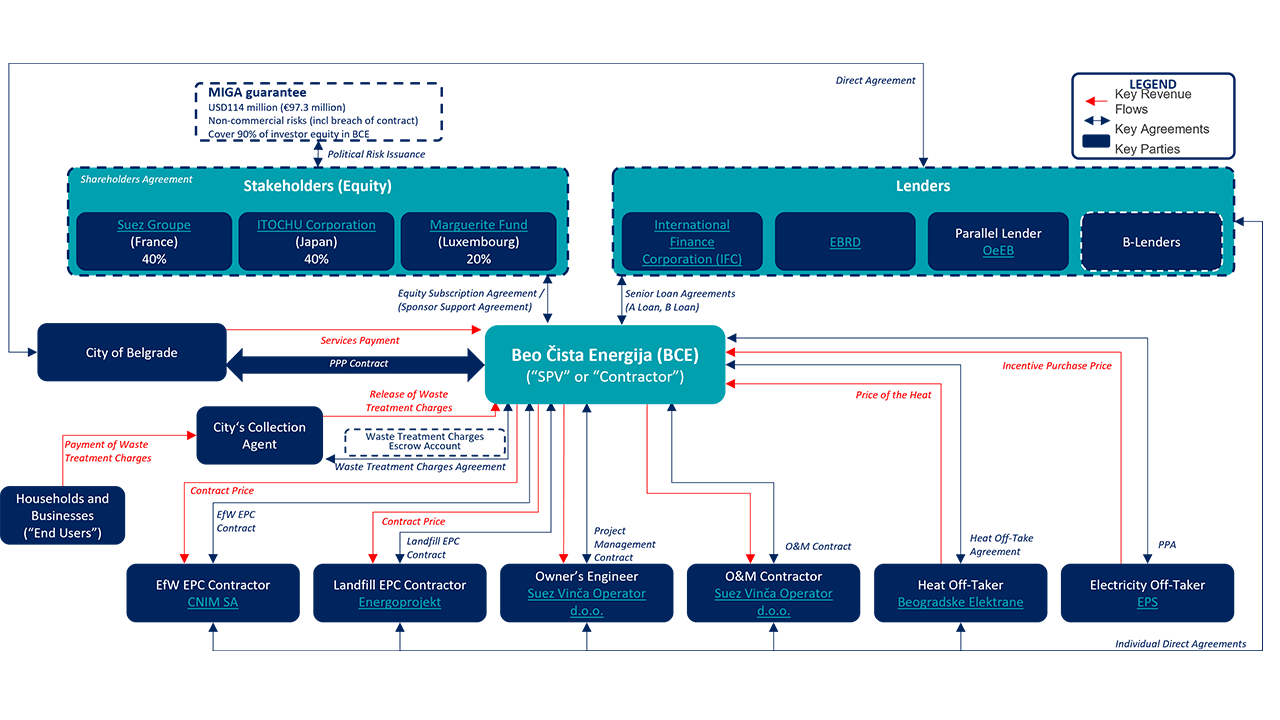 This was the first time a large-scale environmental infrastructure PPP project had been undertaken in the region.

How will we fund the future of infrastructure?

This is the central question the GI Hub and International Finance Corporation (IFC) aim to help answer in New Deals: Funding solutions for the future of infrastructure. This webinar series features global project teams sharing the practical solutions and funding innovations they have used to create bankable projects while attracting private investment, de-risking the investment, optimising asset value, and achieving sustainable development goals.