Can we mobilise private capital to help establish infrastructure as an asset class? 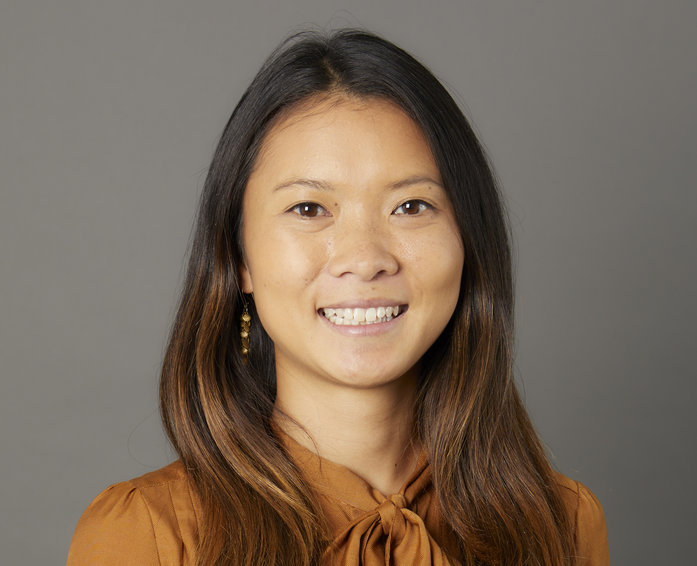 These insights come at a time when mobilising private capital is more critical than ever, as the capacity of the public sector - traditionally the primary source of infrastructure investment- has been out into question by unprecedented fiscal spending in response to the COVID-19 pandemic. The latest IMF October Fiscal Monitor estimates that global public debt will approach 100% of GDP in 2020, a record high.

World Economic Outlook October 2020 notes that “there remains tremendous uncertainly around the future with downside and upside risks”. Policy interventions will play an unprecedented crucial role in amplifying the impact of limited global finance to its maximum potential. With this introductory blog, the GI Hub is launching a blog series to discuss policy implications of the identified data-driven insights, which might help pave way for a brighter future.

What were the key trends in private infrastructure investment over the past decade? 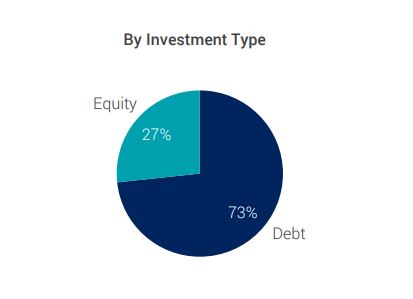 Another noteworthy trend is the simultaneous increase in secondary market transactions (i.e. the trading of existing infrastructure assets), which comprised 75% of private infrastructure investment in 2019, up from 34% in 2010. Possible explanations for the declining level of primary market private infrastructure investment could include a limited pipeline of bankable deal flow available to the private sector as PPPs or privatisations, regulatory impediments, higher perceived risk by private sector, or lower borrowing costs for the public sector. 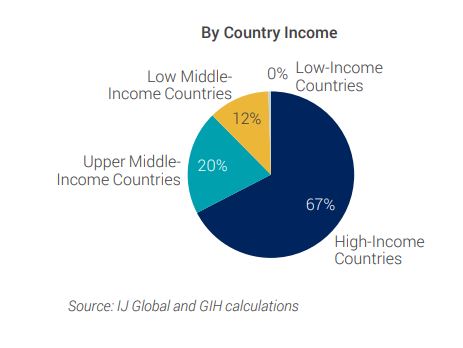 Analysis by income groups reveal that 67% of private infrastructure investment was in high-income countries over the past decade, calling for renewed emphasis on the ‘Financing for Development’ action agenda. Private investments in middle- and low-income countries have provided less attractive risk-adjusted returns. In particular, foreign exchange risk is fundamentally higher as the deals are almost entirely denominated in foreign currencies. With capital markets development in the Asia-Pacific and Latin American regions, the local currency component of deals has appreciably increased.

Monitor also sheds light on the sectoral composition of private infrastructure investment, revealing that transport and power (both renewables and non-renewables) have been the top preferences for investors over the past decade. Despite growing interest in cleaner energy sources, for middle- and low- income countries, private investment in more carbon-intensive and less sustainable energy has remained greater than renewables. With emerging and developing countries expected to account for 90% of global power demand growth over the next decade, there is a huge opportunity for private investors to tap into this market and for renewables to play a more prominent role. 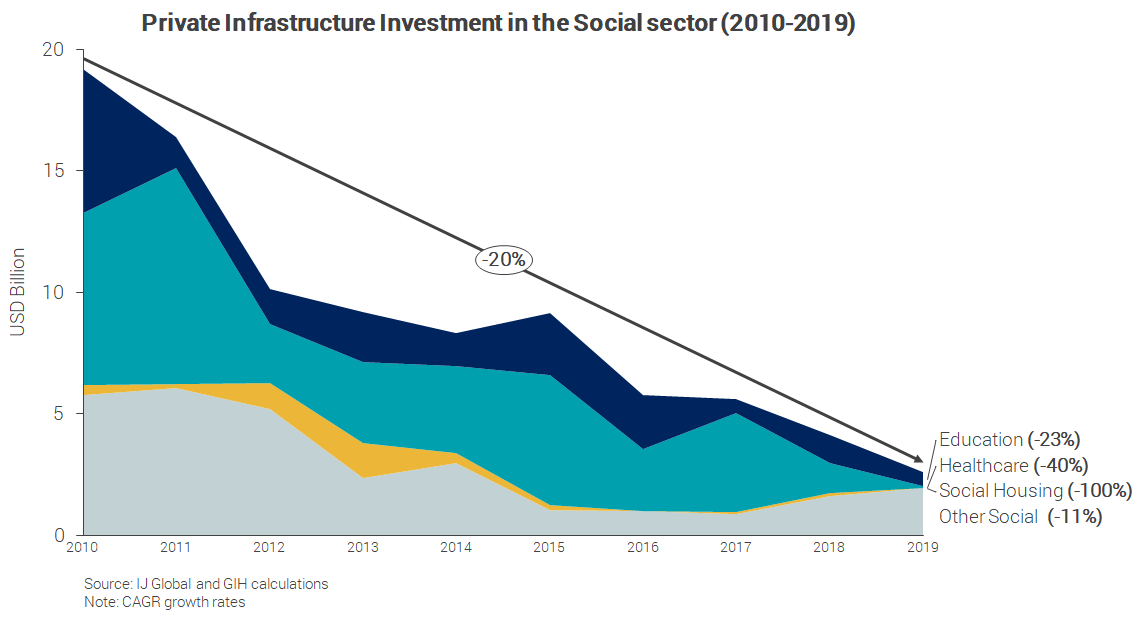 Infrastructure debt is higher risk during the construction period after which the yields are very predictable and stable. There is limited recognition of this distinct performance of infrastructure as an asset class compared to other assets having similar risk levels regardless of time duration. A public policy challenge is to best understand how public resources could mitigate higher risk during the initial period (i.e. the construction phase) to enable greater private investment in infrastructure projects and enhance overall performance. The forthcoming blogs in this series will be examining what might need to happen to successfully tackle this challenge and others like it.