The USD 1.1 billion Pennsylvania Rapid Bridge Replacement (RBR) Project is the first multi-asset public-private partnership (PPP) project to be undertaken in the US, using a “bundled” contract approach to replace 558 structurally deficient (SD) bridges across Pennsylvania.

The project is being delivered as a Design-Build-FinanceOperate-Maintain (DBFOM), availability payment, PPP concession, between the Pennsylvania Department of Transportation (PennDOT) and the Plenary Walsh Keystone Partners (PWKP) consortium. The consortium was awarded the contract in October 2014.

The RBR Project could have significant applications in other US states, helping to boost the grade of America’s infrastructure and address the backlog in civil infrastructure maintenance. Pennsylvania has over 4,500 SD bridges, the second highest figure in the country after Iowa. Roughly 20% of Pennsylvania’s bridges are SD, while the national average is 9.1%. The RBR Project will make a substantial contribution to reducing the large backlog of SD bridges in the state.

PWKP is managing the financing, design and construction of the replacement bridges and will then be responsible for their maintenance for 25 years after construction. Construction is expected to take approximately four years from commercial close.

The project will involve the full demolition and replacement of all 558 replacement bridges, which are primarily single and multi-span bridges on smaller state highways, many located in rural areas. The bridges in the project are of a similar size and design, allowing for prefabrication, mass production, equipment reutilisation and standardisation.

Multi-asset PPPs are already being used in many jurisdictions to replace and maintain existing civil infrastructure, such as street lighting and schools. Many of these assets have not traditionally been considered suitable for PPP delivery due to their inability to provide value for money as an individual asset or a small bundle. By bundling multiple assets into a single project on a larger scale, investors have the opportunity to participate in a broader range of infrastructure sectors, such as local road and water infrastructure, and community facilities.

Why use the PPP approach?

The Commonwealth of Pennsylvania decided to take advantage of two legislative changes to bring its SD bridges into a state of good repair: Act 88 (2012), which authorises public-private transportation projects in the state, and Act 89 (2013), which increased annual state highway funding by restructuring the state’s gas tax and increasing a variety of fees. The reasons for using a PPP approach as opposed to a traditional procurement method are outlined below.

Bundling the bridges together in a multi-asset PPP contract is expected to reduce the total cost of replacing the bridges by 20%, and at a rate of replacement many years in advance of what the state would have been able to achieve under a non-PPP approach. PennDOT estimated that it would take up to 20 years to replace all of the bridges using a traditional procurement and construction program. The batching of the projects will allow the bridges to be replaced and maintained at an average cost of $1.6 million each, versus $2 million each if completed by PennDOT.

The bridges selected as eligible for the project have similar characteristics; most importantly, they are relatively small and can be designed and constructed to standard sizes. The similarity of the bridges allows for streamlined design, prefabrication (mass production) of standardised components such as beams, and the replacements can be done relatively quickly. All of these factors make bundling the projects as one PPP contract the most efficient and cost effective way to deliver the bridge projects. 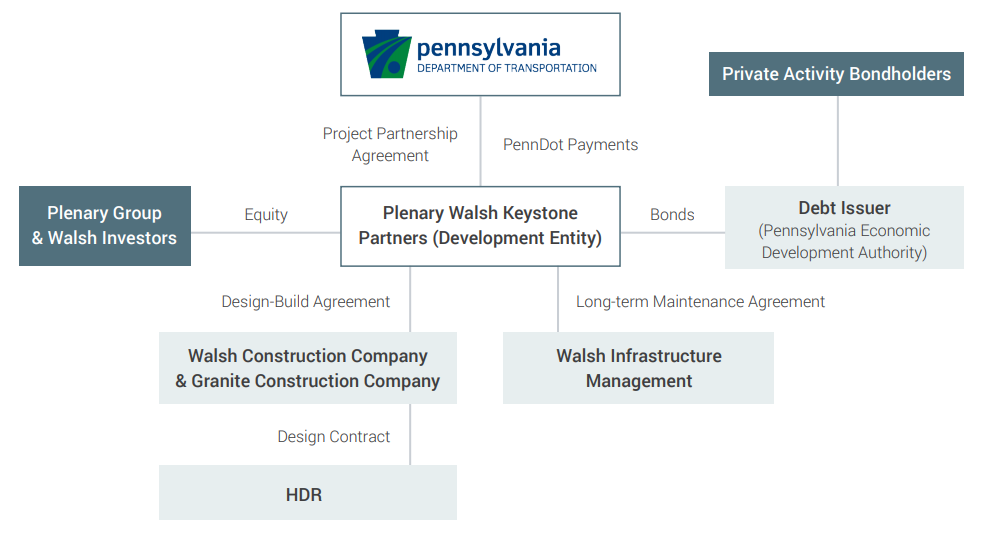 The project is financed through a combination of taxexempt Private Activity Bonds (PABs), private equity, milestone payments, and availability payments.

PABs refer to the application of tax exempt debt instruments for private investment, resulting in lower interest rates on the debt and access to the lower cost of capital from the US tax exempt bond market.

The PABs for the Pennsylvania RBR Project were allocated by the US Department of Transportation (USDOT), structured and offered by Plenary, and received a BBB investment rating from S&P. The bonds were issued in tranches with maturities ranging from 4 to 28 years, and priced with the lowest yields to maturity of any uninsured BBB level PPP bond issuance (at the time of issuance), with repayment sourced from milestone and availability payments throughout the 25-year operating term based on achievement of required asset performance levels.

Milestone Payments will be paid by PennDOT to PWKP according to a defined schedule and, while subject to deductions for non-performance, are also linked to the achievement of prescribed levels of work in place.

The Availability Payments include both a fixed element (90%) and an indexed element (10%) which is indexed to the Consumer Price Index (CPI) following Substantial Project Completion. Monthly Availability Payments are calculated based on the proportional number of bridges to have achieved Substantial Completion, along with a deduction factor during the construction phase to incentivise full Project Completion. Availability payments are paid by PennDOT to PWKP and are subject to deductions for certain non-compliance as defined in the Public-Private Transportation Partnership Agreement (PPA) between PennDOT and PWKP, including lane closures, lack of prescribed NBIS (National Bridge Inspection Standards) bridge ratings, etc.

More than 2,000 SD bridges were screened by PennDOT prior to issuance of the final Request for Proposals. A host of factors were considered, including age, length, number of lanes, and average daily traffic, as well as impact on utilities, railroads, and a wide range of potential environmental impacts.

The replacement bridges have been divided into two categories to facilitate the construction process:

There are 87 ECBs, for which PennDOT provided TS&L (type, size and location) plans, government approvals, Right of Way, and utility clearances, to facilitate the start of construction in 2015. PWKP has full responsibility for the design, coordination of utility work, and acquiring the necessary permits and government approvals for the 471 REBs.

The above arrangement was possible thanks to an Early Development Agreement between the US Federal Highway Administration (FHWA) and PennDOT, whereby the FHWA granted approval under SEP-151 to PennDOT to allow PWKP to obtain the necessary permits and approvals for each REB in the project. Ordinarily, it would be prohibited for the concessionaire, in this case PWKP, to be responsible for permitting and approvals under FHWA’s Design-Build Contracting regulations.

The construction plan, using a local approach, envisions that the majority of bridge construction work will be performed primarily by Pennsylvania-based subcontractors. The large quantity of construction materials required for the project will also be primarily sourced from suppliers and fabricators located in and near Pennsylvania, providing a large and steady volume of orders over the three year construction period.

Bridge designs and components will be standardised as much as possible to facilitate efficient design approvals, permitting, materials procurement, and construction.

The main ongoing operational responsibilities are as follows:

Details of the Project

The RBR Project is expected to create efficiencies through economies of scale, innovation and optimal risk allocation that will allow PennDOT to deliver more bridges faster and at a lower whole-life cost than is possible when using a traditional “design, bid, build” procurement. The RBR Project will improve the connectivity of Pennsylvania’s transportation network, while minimising the impacts on the travelling public. The improved connectivity, including the removal or modification of certain weight restrictions on some replacement bridges, will increase the efficiency of freight and commercial movements, which will benefit the state’s economy.

Map of ECBs to be replaced in Pennsylvania. 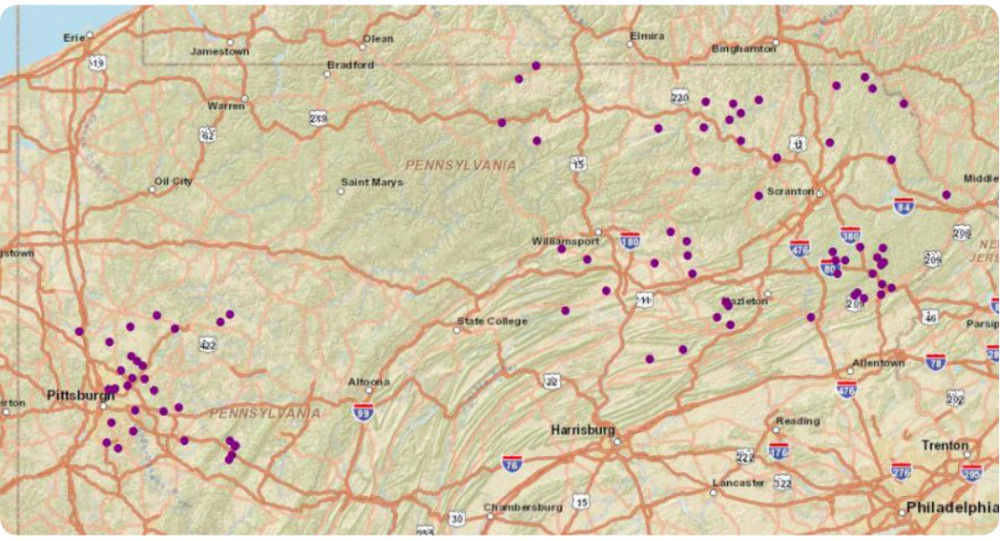 Map of REBs to be replaced in Pennsylvania. 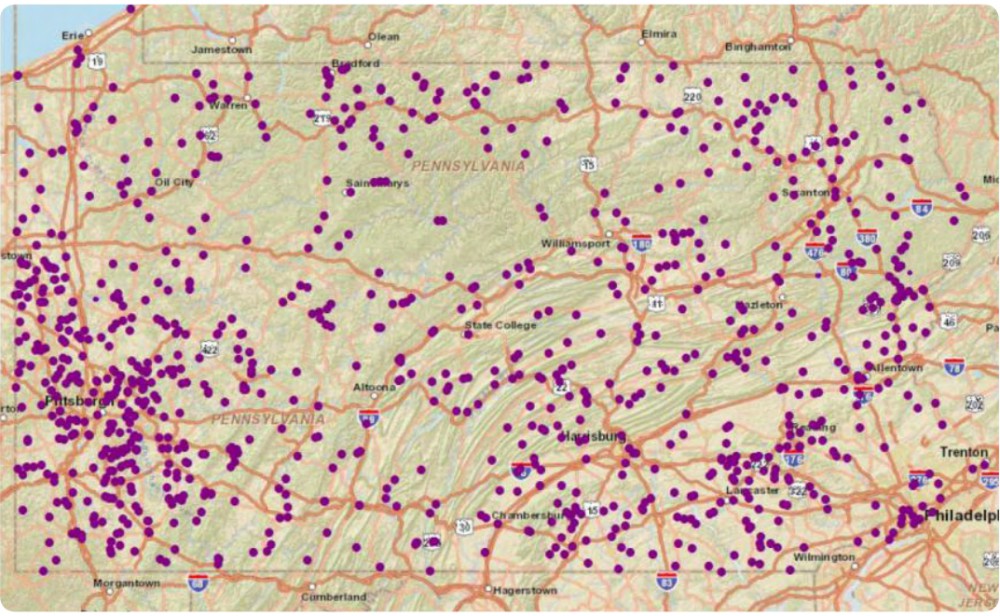 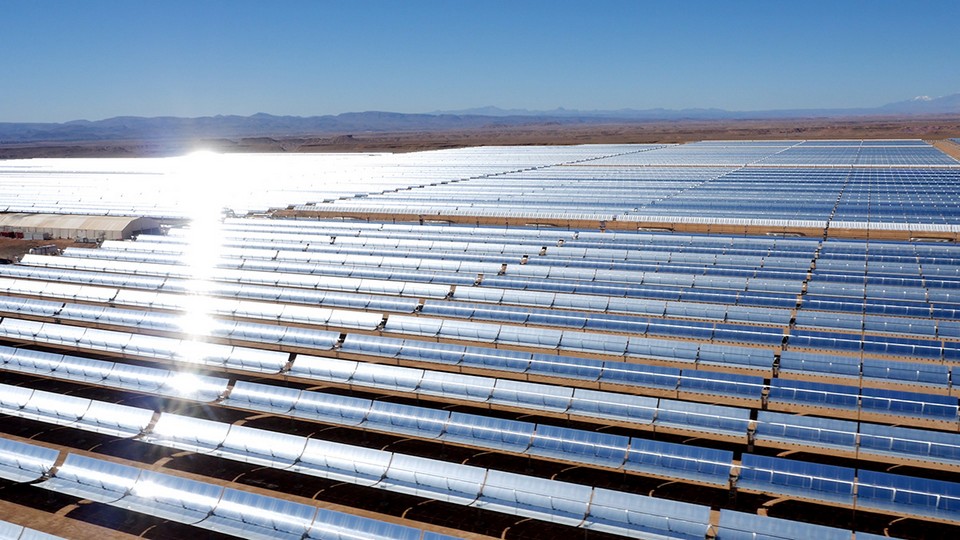